Installation of Mokveld’s low shear production choke systems results in 45% to 60% reduction of oil in water after initial separation and may reduce the use of tons of chemicals per year. Mokveld’s low shear Typhoon® Production Choke Systems substantially reduces the environmental footprint, the EIF, of the production facility and reduces costs.

This ONS 2018 award winning innovation has consistently shown that the droplet size exiting the valve is, on average, twice as large in comparison to those exiting a conventional valve.

The Oseberg C and Troll C platform produce mixed phases of hydrocarbon gas, liquid and water. This fluid mixture flows through the production choke valves and arrives in the three-phase separator. The main task of this gravity type separator is to separate the bulk mixture in clean phases. The best separation performance is obtained when large droplets enter the separator [Stokes’ Law]. The pressure drop across a normal production choke creates shear forces of sufficient magnitude to significantly reduce droplet size and subsequently tightens the formed emulsion. As a result of these shear forces, separation is impaired resulting in higher concentration of oil in the produced water (OiW) and higher water concentration in the produced oil (WiO).

Reduced droplet break-up results in improved separation
An existing choke valve on the Oseberg C and on the Troll C platforms was replaced by an angle Typhoon Valve System. In this low shear Mokveld choke valve design, pressure losses are created in a different and more homogenous way. The Typhoon Valve System significantly reduces the turbulent shear forces acting of the fluid and subsequently reduces droplet break-up and emulsification of the fluids.

The Typhoon Valve System reduced the concentration in the produced water at the outlet of the separator by 45% on Oseberg C and 60% on Troll C. 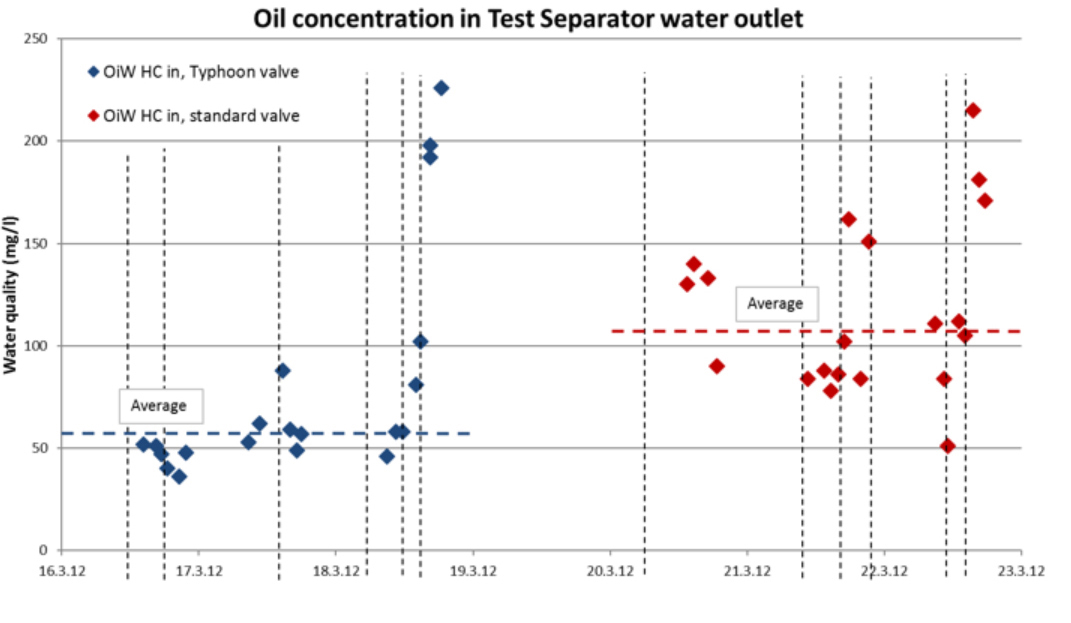 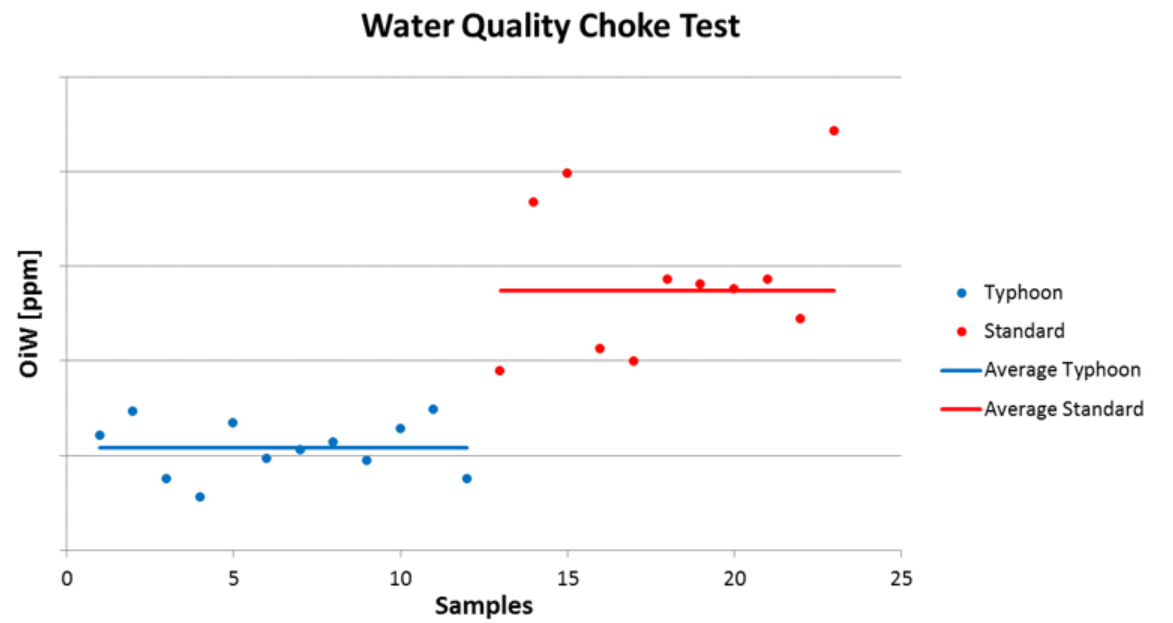 Flocculent dosing for example, is dependent on the oil concentration in the produced water. Studies show that with the 45% reduction of OiW on the Oseberg C platform, 37 to 110 ton per year less flocculent are required, resulting in a substantial OPEX reduction as well as a significant reduction in the environmental impact of the facility.

Implementation of the Typhoon Valve System is a simple and efficient solution to improve oil-water separation and achieve compliance to corporate goals for sustainable energy production in an environmentally sound manner.

In case you want to reduce your Environmental Impact Factor (EIF) by improving downstream separation, debottlenecking your separation or produced water treatment system or if you want to improve your system robustness, please contact your Mokveld support office or representative for more information about the possibilities with this low shear technology for your application.