Installation of a Mokveld Low Shear Control Valve System at the inlet of a Compact Flotation Unit (CFU) improves the oil in water (OiW) quality with 30%, bringing the produced water quality closer to company and regulatory compliance targets. The Low Shear Typhoon® Control Valve System substantially reduces the environmental footprint, the EIF, of the production facility as 40 barrels per day of oil is not discharged to sea.

This ONS 2018 award winning innovation has consistently shown that the droplet size exiting the valve is, on average, twice as large in comparison to those exiting a conventional valve.

An operator in Western Australia charters an FPSO which produces 144,000 bbl/day of water, a by-product of oil and gas production. At least 90% of this produced water is reinjected and during normal operations, 7% will be discharged overboard.

The FPSO was brought to a shipyard in Singapore to increase the production capacity and extend the operational lifetime of the vessel. The upgrade included the installation of a CFU skid and a Typhoon Valve System to satisfy national environmental regulations for discharge to sea. 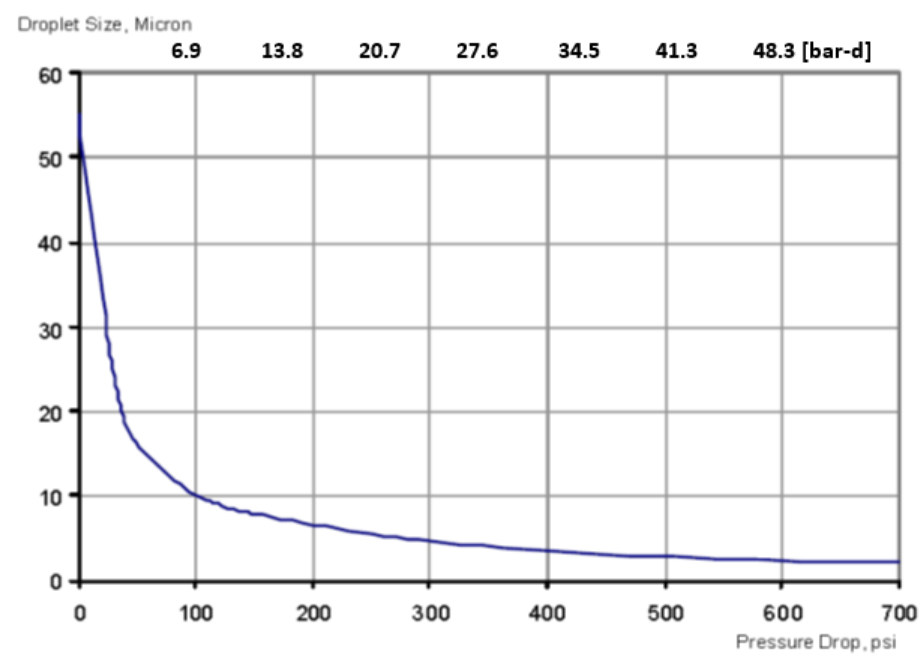 According to Stokes law, any increase of droplet sizes, increases the efficiency of a gravity based separation unit. In the low shear Typhoon Control Valve design, pressure losses are created in a different and more homogenous way, significantly reducing the turbulent shear forces acting on the fluid and subsequently reducing droplet break-up. This reduction of turbulent shear forces will always enhance separation, independent of oil concentration, pressure drop or gravity of the oil.

With the CFU in steady operation, the oil concentrations in the water  (OiW) at the outlet of the CFU were compared between the two designs.

The table above shows the result of this comparison. The Typhoon Valve System delivers an impressive improvement in water quality. Nearly 30% more oil is removed than with a conventional globe valve, equating to more than 40 barrels per day of extra oil production.

Implementation of the Typhoon Valve System is a simple and efficient solution to improve oil-water separation and achieve compliance to corporate goals for sustainable energy production in an environmentally sound manner.

In case you want to reduce your Environmental Impact Factor (EIF) by improving downstream separation, debottlenecking your separation or produced water treatment system or if you want to improve your system robustness, please contact your Mokveld support office or representative for more information about the possibilities with this low shear technology for your application.