Mechanical fail-safe solutions exist for electric driven valves, however mainly for on-off applications. For control valves often the only solution is ‘stay-put’ upon electric power failure since for mechanical fail-safe the electric actuator shall overcome both the thrust to move the valve and the spring force.
The Mokveld axial flow valves require very low forces, since they are fully pressure balanced. This inherent design feature makes electric fail-safe control valves possible, even for large or high pressure valves.

Basically two options exist for a fail-safe action in case the power supply is lost, spring action or a power pack, such as a capacitor.

The second solution is a fail action by a power pack. In this case by capacitors, these valves are installed on an M&R station (Metering and pressure Reducing station) and are operating satisfactorily for more than 12 months. Two 12 inch ASME 600 Lbs control valves in an active/monitor configuration regulate the downstream pressure. The client accepted the solution with the capacitor based on the reliability of this setup. The latest generation capacitors are highly reliable and can be constantly monitored to further improve reliability and availability.

A power pack solution can also be used to improve plant availability, production and/or control can continue in case the power in the plant is lost. The low force and thus low power consumption of the Mokveld axial control valves makes it the optimum solution for electric actuation with fail-safe position or high availability requirements. 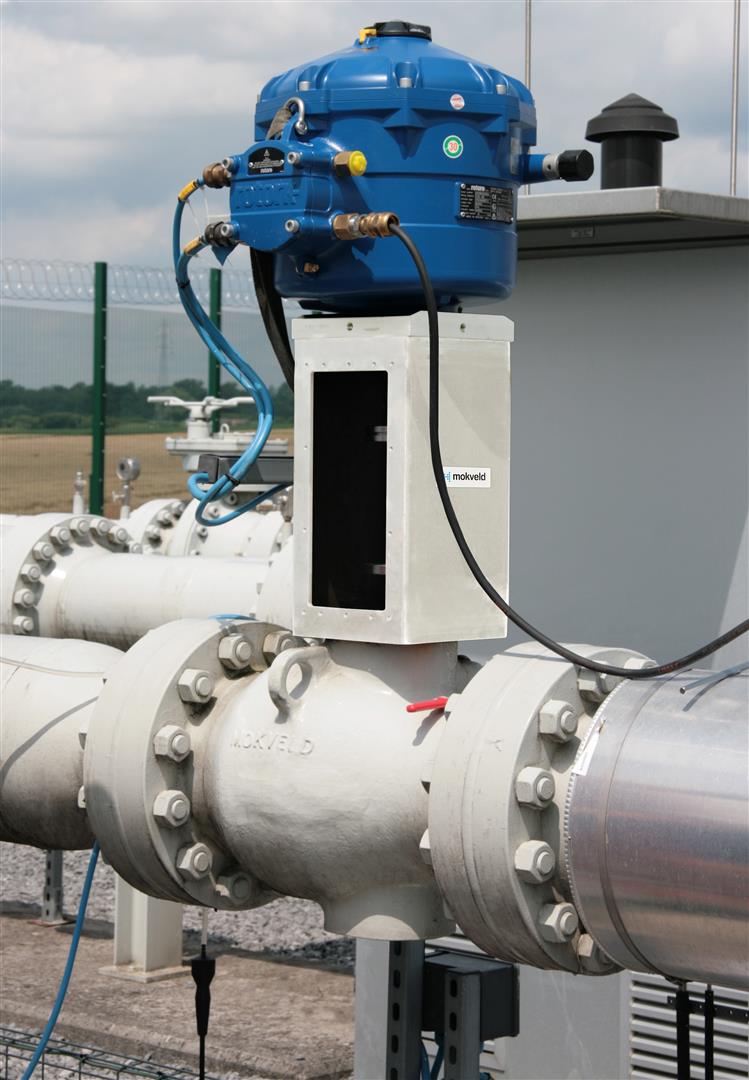